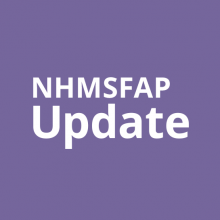 Update: The College has published clarification on requirements for intranasal esketamine here.

Ketamine for the treatment of a major depressive disorder administered by any route in a community setting must be performed in an accredited non-hospital facility under the order of a treating psychiatrist.

Ketamine is a dissociative anesthetic agent usually administered intravenously. It has been an emerging treatment for major depressive disorder. Health Canada recently approved an intranasal formulation, esketamine, for this indication, which is available through a manufacturer-controlled distribution program only due to potential significant side effects and other risks associated with its use.

Ketamine is capable of producing amnesia, analgesia, and all levels of sedation including general anesthesia though not anticipated in the doses used to treat depression, provided these doses are not exceeded. Regardless of the route of administration, it has a serious side effect and risk profile. It can cause significant hypertension requiring frequent monitoring of blood pressure and treatment if indicated. It may also cause serious dissociative effects that may require intervention. Such symptoms require patient monitoring for at least two hours after a dose is given including the nasal route.

Due to its psychotogenic properties, it is susceptible to misuse and abuse, requiring careful inquiry into past history of drug use or addiction. Given its action and clinical pharmacology, ketamine should only be administered in a monitored setting (i.e. an accredited non-hospital facility) that is appropriately staffed and equipped to manage its intended and unintended effects, and given by a physician experienced in the administration of general anesthetics and airway management.

While the manufacturer-controlled distribution program provides some administrative controls over physicians who prescribe esketamine, regulatory oversight through use in an accredited facility is essential to ensuring the safe administration of ketamine in the community setting.

Therefore, ketamine administration by any route including oral, intranasal, intramuscular, subcutaneous, and intravenous must only be performed in an accredited non-hospital facility. Only physicians who are enrolled in the manufacturer-controlled distribution program may administer esketamine nasal spray and must do so in an accredited non-hospital facility.