Call for nominations for five College board positions 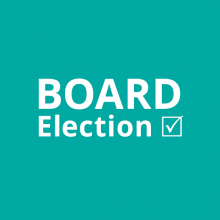 In accordance with the provisions of the Health Professions Act and the Bylaws made under the Act, an election is being held in April 2021 for five of the ten elected board member positions in four electoral districts:

As in previous years, the upcoming election will be conducted electronically, including email notifications and secure online voting with results managed by an external third-party auditor.

The first notification of the election and a call for nominations was sent by email to all registrants on January 14, 2021. Nominations are now being accepted and must be received by February 15, 2021.

More information on how to nominate a candidate, eligibility and serving as a College Board member is available on the College website.