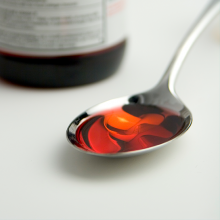 This reclassification was approved by the College Board in May and the CPBC Board in September. It will take effect on January 2, 2020. The change will require physicians to adjust how they currently prescribe liquid codeine-based preparations to their patients. Most notably, these preparations will now fall under the Controlled Prescription Program, and physicians will have to prescribe such medication on a duplicate pad.

For background information, refer to the registrar’s message in the September/October edition of the College Connector here.